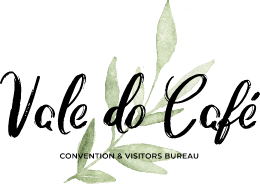 Vale do Café is a mystery tale. Moons, legends, forests, lost secrets are magical ingredients of a great story for you. We have separated a short introduction list:

THE URUTAU: Especially on cold moon nights, it is possible to hear a mysterious and beautiful song. It comes from a clear night bird, the Urutau or “Mother of the Moon”. It is believed (tradition that comes from indigenous peoples) that if you are lucky enough to hear Urutau and its five-tone song, all the best in life will happen to you. In Paty do Alferes they say that Mariana Crioula became the “Mother of the Moon”, and appears to be flying very close, whenever artistic manifestations linked to her name are carried out.

CABOCLO D’ÁGUA: A short, stocky being, with a stump with a strong arm, which has a hand in the shape of a nail and looks like a small, dwarf man. They can be dangerous. He usually walks in packs, on nights with a full moon. They stay on the rocks in the streams. The ancients say that if someone was washing clothes in the river and the caboclo of water pulled the clothes, and the person fell inside, he would kill the person. He was spotted in the region recently by a worker from Fazenda Cananéia, jumped into the weir and left. The worker who drove a tractor came close, thought he was a capybara, but he saw “kind of a hairy little man, all hairy”.

BOITATÁ: Or fire snake. Fireballs that form when there is static electricity and dryness in the air. They can be seen in the fields, forests, near rocks … they are a natural phenomenon and for the inhabitants of the Valley, protective.

CIPÓ AZOUGUE: a vine of the forest, known by the woodsmen. If you pass under it you will stop somewhere else. He loses track of time and space, cannot orient himself for a long time.

CURUPIRA E SACI: Caipora, Caipira is the protector of forests and all living beings that inhabit it. Feared by hunters, it is one of the first to be created directly by Nheengatù the Great Spirit. He is green, has his feet back, and red hair. Her son Çaa Cy Perereg, (Saci Pererê) is also green with red hair, and controls insects. With African syncretism, his red hair becomes a cap, and the color of her skin, black.

MULE WITHOUT HEAD: Run through the fields on moonlit nights, and have fire instead of the head. It is a woman who fell in love with a priest.

TO HAVE LUCK: Nothing is by chance. Finding certain animals is luck. See the Surucuá Grande with Yellow Belly, listen to the Urutau. The list is long:
praying mantis, Esperança, leaf bug, stick bug.

THUNDER AND RAYS: they are entities in the field. They scare children and animals. The elders say that São Pedro is dragging furniture to wash the room. It is time to hear the sky.

FLOWER OF MEAT: a unique phenomenon occurs in the Cemetery of Vassouras. Every November, near the celebration of All Souls’ Day, a strange flesh-colored flower (family Rafflesiaceae) emerges from the grave of Monsignor Rios, a parish priest dedicated to the humanitarian cause of the enslaved. It is attributed to the culture of dignified burial of black Africans and after his death, the flower was mysteriously born in his tomb, attracting visitors from all over the world. The odor of the flower is similar to that of rotten meat and this is an episode that happens mysteriously in rare places in Southeast Asia, besides Vassouras.

* Reports collected in the field 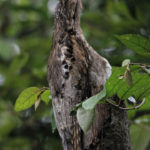 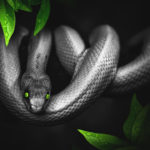 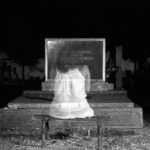 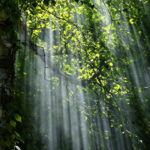